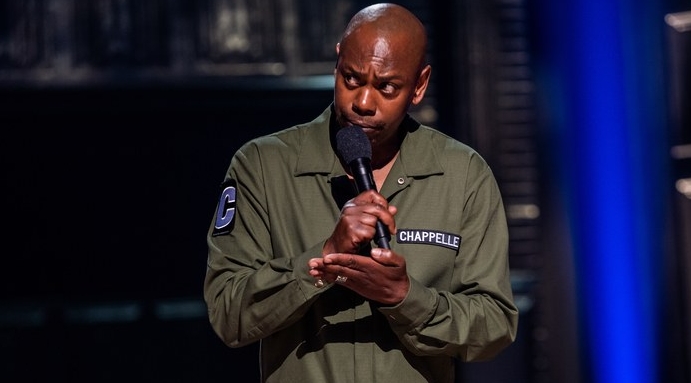 On today’s episode Spann is kicking it solo this week and we get right to the nitty gritty as we hop In The News, where Jean Cramer, the racist woman with the horrible wig in Marysville Michigan has dropped out of the city council race after the backlash of her “Keep Marysville as white as possible” statements caused a firestorm. Popeyes chicken is all sold out of its hugely popular Chicken Sandwich, and the workers are exhausted. But who were the REAL victims of this viral sensation?

Then we move on to Blue Blazes, as a woman falls off of a balcony while performing “extreme” yoga poses. A Florida man threatens his neighbors with a pair of nunchucks, but manages to hit himself in the head instead. And Dave Chappelle is out with a new comedy special Sticks & Stones on Netflix that has inspired a lot of discussion, for and some against the comic. Was this special the timely critique of cancel culture the world needed? Or was this just another example of a comic not being able to adjust the tolerance current audiences provide? We’ll attempt to dissect the reactions from both sides.

Then it’s time for Proud To Be American, where in Alabama, the Governor Kay Ivey is now apologizing for having worn blackface in a play while a college student at the University of Auburn. A white news anchor compared her co-anchor to a gorilla they were profiling during a news segment. She was later given the opportunity to apologize on air. And also in Alabama, one church is turning heads with a political message you wouldn’t expect.

And of course, we finish everything off with our AssHat & Champ of The Week announcements. So come kick it with ya man Spann this week as we run through it all right here on The Spann Report!

powered by Crowdcast Here on episode 260 of #TSRP get ready for a marathon session, as we are joined by friend of the show, Ashanti, no not that one. Ashanti […]