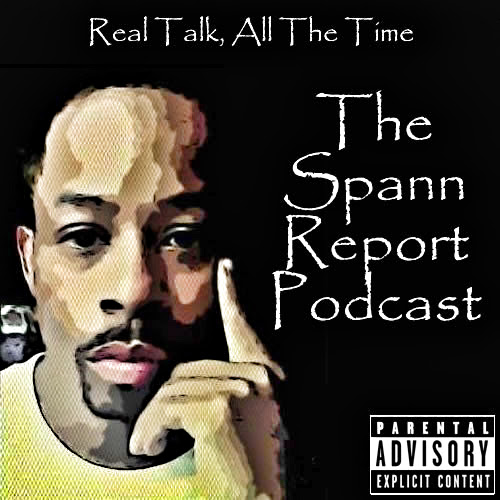 We’re baaaaccckkk! Back on the mic after a much needed holiday break, Spann is ready to get it cracking in 2020 with the first episode of the year! And with this episode, we’re not only bringing in the New Year, we’re celebrating 9 years of The Spann Report! So we’re happy over here, and it’s time to push forward even more. So we start out the year with some of Spann’s Random Thoughts from over the holiday break. And then we’ve got some Listener Feedback to get into.

We hop In The News, where the Harvey Weinstein trial not only begins, but he’s been hit with two more sexual assault charges in California. In Detroit, folks like to shoot guns to ring in the New Year, some more than others. But a viral video, may be resulting in jail time for those who like to record everything they do. Donald Trump had folks thinking World War III was upon us, and folks were worried about being drafted. But how does that work? Speaking of Trump, he likes to tout the unemployment numbers as proof of the success of his presidency. But many of those jobs are of the low wage variety, and Union membership is at an all time low. We’ll examine why that is.

Then it’s off to Blue Blazes, where a mother finds out here kids have been giving her Sleepy Time Tea to knock her out, so that she could stop bothering them with request to do chores. R. Kelly’s girlfriends Joycelyn Savage, and Azriel Clary get into a physical altercation on Instagram Live. A woman grows “pubic hair” out of her face after a skin graft procedure. And a reporter won the lottery, then quit her job live on the air, but should she have though???

We then move on to Proud To Be American, where in West Virginia, corrections staff, and cadets find themselves out of a job after a picture of new cadets giving the Nazi salute surfaces. In Michigan, those who are Gender Non Conforming, may have the option of noting that on official state IDs and Driver’s Licenses. And the Trump Administration’s “investigation” into Hillary Clinton closes quietly, after they found nothing of note. Vindicating her once again.

And of course we get out of here with our Champ of The Week. So let’s not only get informed, but let’s celebrate 9 years of Podcasting with the Real Talk, ALL THE TIME right here on The Spann Report!

On this final episode of The Spann Report for 2019, we’re keeping it regular. We’re going to do this like we normally do, and hope to see you guys right […]