Back on the mic for episode 279, Spann drops some more of his Random Thoughts from the week before we jump In The News, where Tulsi Gabbard is now suing Hillary Clinton to the tune of $50 Million for the suggestion that Gabbard may be a Russian asset. But could this be a case of a hit dog hollering? Bernie Sanders campaign picked up and promoted the endorsement of former game show host, MMA fight analyst, and host of one of the biggest podcast in America, Joe Rogan. But does this endorsement fly in the face of everything the Bernie wing of the Democratic party preaches? And Senator Kamala Harris and Congresswoman Maxine Waters have joined forces to present legislation aimed at making housing affordable to low income citizens. A bill that would allocate over $100 Billion towards that effort.

Then off to Blue Blazes we go, where in Detroit, the Chief of Police, James Craig, is suggesting that crime is up in the city because of “black market weed sales.” Is this just another instance of old habits dying hard when it comes to policing? Robert Downey Jr. Says most of his black friends supported his wearing of blackface in the movie Tropic Thunder, and the social media world went into a bit of a tizzy. Are black folks being hypocritical in this instance, or did people just completely miss the point of his character? And a white battle rapper was punched in the face while in the middle of a verse for dropping the N-Word. He has now announced his retirement from battle rap. Is this a case of ‘Them Really Ain’t Yo Friends?”

And in Proud To Be An American, Marilyn Mosby was sent a racist voicemail after visiting St. Louis to support St. Louis Circuit Attorney Kim Gardner whos in the middle of suing the city, and the police union for coordinating racist conspiracies against her to force her out of office. Mosby has since posted the voicemail to social media. A Milwaukee family alleges that one of their relatives died after leaving the ER because the wait was too long. And Kellyanne Conway took to a podium during the Martin Luther King Jr. Holiday to state that she thinks Dr. King would have been against the current Impeachment of Donald Trump.

And of course we’re closing everything out with our Champ of The Week! We’ve got a lot to cover, so let’s get to it, with the Real Talk, ALL THE TIME right here on The Spann Report! 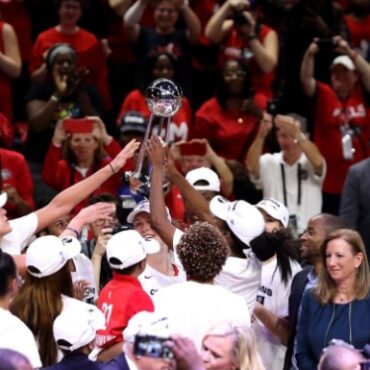 The fellas are back with another episode of #BNCPod and on today’s episode we’re going to lead it off with some baseball talk. See what we did there? Lead Off… […]