We’re back to recap the week that was, but before we do, Spann has a few Random Thoughts, and then we get right In The News as Kanye West may have just become the richest Black American ever as a result of a new deal with the GAP pushing his net worth north of $6 Billion. A Georgia man kills 8 Asian Americans in massage parlors this week. You won’t believe the reason given this time as to why this wasn’t ethnic motivated terrorism. And The United Negro College Fund (UNCF) has just named their first Black chairman of the board… Yes, you read that correctly. their first. And I don’t know if you heard, but it seems like Russia tried to interfere in the past Presidential election. And this time they weren’t alone. But it’s not who the Trump Administration tried to have you believe it was.

Then we’re on to Blue Blazes, where Lil Mama has stepped in it by proclaiming that she will be starting her own “heterosexual rights movement” after receiving backlash for comments she made on Instagram regarding trans children. Snoop Dogg, Ice Cube, E-40, and Too $hort have come together to form a west coast rap supergroup that might be about 20 years too late. And Kirk Franklin is in the public eye for all the wrong reasons, after his son leaked out audio of the Gospel singer calling him everything but a child of God during an argument.

And in Proud To Be American, we get some good news for a change, as the new Education Secretary. Miguel Cardona says the Education Department will discharge the student loans for those whom had gotten partial relief in the past. And a judge in Michigan has locked up a defiant restaurant owner who refused to close her restaurant after defying COVID-19 restrictions, and having her health license suspended. Talk show, The Talk is going on an extended hiatus as they investigate allegations of racism by one of the host, Sharon Osbourne. And police arrested a Texas man outside of the Vice President’s residence as he sat outside with a rifle, and what’s being described as a large capacity magazine.

Then we roll on up outta here. No Champ of The Week this week, having a hard time finding folks doing something dope. If you guys find one, let me know and send a link my way, so they can get the shine they deserve. But unfortunately we do have a brief return of the AssHat Of The Week, and this one is well deserved. So let’s get to it, with the Real Talk, ALL THE TIME right here on The Spann Report! 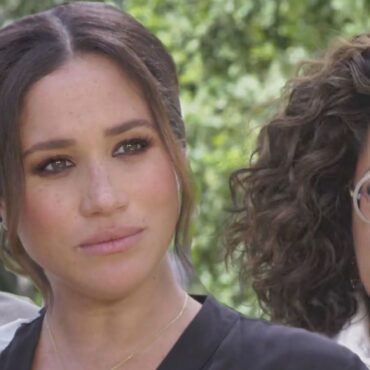 Back yet again for another episode of #TSRP and we kick off today’s show with a few of Spann’s Random Thoughts before we get to some Listener Feedback! It’s been […]