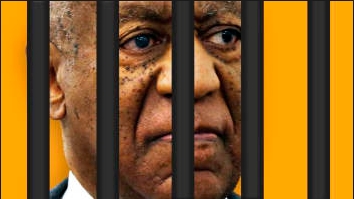 On Episode 222 of #TSRP Spann gets right to it, and hops In The News, as Bill Cosby has now been sentenced to 3-10 years in prison after his conviction in his sexual assault trial. Cosby still has defenders, but at this point, we still are just wondering why. Also the current nominee for a seat on the Supreme Court, Brett Kavanaugh has had three women come forward to say that he too sexually assaulted them in high school and in college, and yet Senate Republicans are still trying to rush through his confirmation. Which actually gives ammo to Cosby defenders. Then it’s off to Blue Blazes, as a Comerica Park food employee is charged with a felony after a viral video of him spitting in food prepared at the stadium emerged. A senior woman in Detroit literally couldn’t take that shit no more, as she rubs dog poop on her neighbors front door because they refuse to clean up after their dogs when they defecate in her yard. And a Preschool worker in Ohio is in hot water after it’s found out that she’s been running a toddler fight club! And in Proud To Be An American news, a Michigan State Representative introduces legislation to make it a felony for white people who call 911 on black people needlessly. And a US District Court has ruled that a ban on dreadlocks during the hiring process is legal. And of course, we’ve got our AssHat & Champ of The Week announcements as well. So lets get right to it, this week, right now on The Spann Report!

For episode 2 of #BWPod Mr. & Mrs. Spann give their review of the Netflix movie “Nappily Ever After” starring Sanaa Lathan, Lynn Whitfield and Ernie Hudson. This review contains […]