We didn’t really plan to be doing The Spann Report this week, but it was entirely too much going on for us to not say anything! So here we are, and we get right In The News, where Bill Cosby has just been released from prison after his conviction was thrown out by the Pennsylvania Supreme Court. The State of Michigan has just created a new COVID Vaccine Lottery with $50K, $1 Million, and $2 Million prizes along with scholarships for vaccinated minors. Could this be what the state needs to push it’s vaccination rate to it’s goal of over 70% to reach some semblance of herd immunity? And Donald Trump’s company is in the crosshairs of federal prosecutors, as the Trump Organization has just been indicted for a tax evasion scheme dating back 15 years.

Then we’re on to Blue Blazes, where US Track & Field star Sha’Carri Richardson has been suspended for 30 days from competition after testing positive for Marijuana. This comes on the heels of her winning the 100 Meter Sprint and securing her place on the United States Olympic team not too long after her mother passed away. Rapper and Reality TV cast member Bow Wow says he no longer wants to rap, because it “brings stress.” And conservative commentator Meghan McCain, known mostly for being the daughter of former Sen. John McCain has announced that she’s leaving the daytime talk and opinion show The View after 4 years on air, with 2 years left on her contract.

And in Proud To Be American, we find out that pictures of Kamala Harris with a dinner party filled with white women, being served by black staff that were passed around on social media, were that of a Senator luncheon, not a Juneteenth celebration. And there seems to be a bit more drama in the Black Conservative space. And of course Candace Owens is in the middle of it, as she and former House of Representatives candidate Kimberly Klasik clash after Owens backhanded remarks concerning Juneteenth becoming a National Holiday.

We then wrap up the show with our Champ of The Week, so let’s get to it fam, with the Real Talk, ALL THE TIME, right here on The Spann Report! 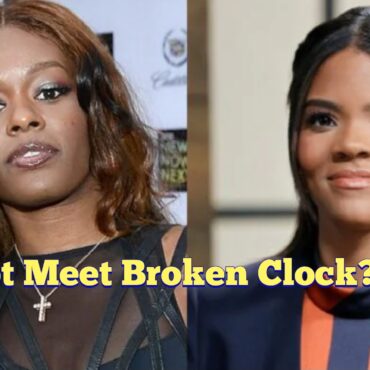 Back on the mic for the last show of June, and we catch up with Spann as he gives us a recap on his 41st Birthday that kept him away […]